You may have noticed our wedding location is a bit out of the ordinary. It is, however, our fairytale venue. Roatan means a lot to us…it is where we got engaged. It is secluded, relaxing, & full of smiling faces!

Our biggest wish is that our guests will be able to look back on our wedding and the trip to Roatan as an experience of their own…a vacation to remember! Thank you for sharing in the most important time of our lives!

So, get your passports ready and plane tickets booked! Our destination wedding and your vacation in paradise awaits! We couldn’t be more excited to share all of this with you!

We’d love for you to celebrate with us, in paradise!
- Ron & Jess

Get to Know the Bride & Groom! 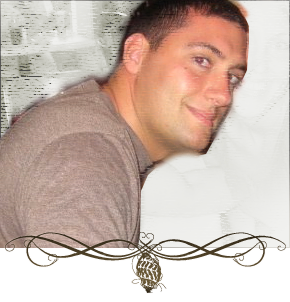 Ron, also know as Mister, ronshook, and “ronnie” was born in Canton, Ohio. At the tender age of 2 his family made the move south – to Gastonia, NC. While sprouting up into his elder youthly years, he found an uncanny talent for magic. He is now the life of any party with his ability to levitate and blow fire! These aren’t his only talents, believe it or not. I also find him to be an extremely good cook, oddly good at trivia, laugh-out-loud funny, outgoing, handsome, and VERRRY good at winning arguments!! The latter has led him, successfully, to his current career path… he is a lawyer. After undergrad at UNCC and a few years in the workforce, Ron went to law school at Charlotte School of Law. He just graduated this past summer (2011) and passed the NC Bar. His one true love (other than me!) is his his beautiful and lovely chocolate lab, Finley.
-written by Jessica 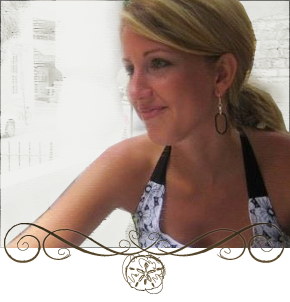 Jessica, also known as Miss, Moose Lips, and McGuillicutty is the best person that I know. When she gets embarrassed, her neck shrinks back into her shoulders like a turtle. Jess is slow to anger and never judgmental. When we initially started dating, I thought that she had untreated vision problems because she is so beautiful and graceful, yet she was willing to put up with me. Jess grew up in Seven Lakes, NC where she attended Pinecrest High, and smashed people’s egos with a tennis racket. She went on to THE North Carolina State University, and graduated from one of the top graphic design programs in the country. For anyone who is unfamiliar, graphic design is the art of drawing pictures on the internets. Jessica currently has two children, myself, and our beautiful dog Finley. She loves Finley more, but she has so much love to give that I don’t feel too left out.
-written by Ron

We know it takes a lot to plan a trip outside the country. Hopefully we have put together some information and facts that will help. If you want to know more, please contact us!

Roatán is the largest of Honduras’ Bay Islands. English is the first language of all native islanders and Spanish is spoken second, whereas mainland Honduras is primarily Spanish speaking.
Find Out More »

Palmetto Bay Plantation offers a wide array of activities for all different levels, ages and types. Some of these include: Kayaking, Canopy Tour, Seaplane, Dolphin Encounter, And More!
Find Out More »

The island is served by the Juan Manuel Gálvez, Roatan International Airport. Which includes direct flights from Atlanta and Houston via Continental and Delta airlines respectively, with other domestic connections for international flights arriving into mainland Honduran cities like the capitol Tegucigalpa and San Pedro Sula. Roatan is also serviced by the Galaxy Wave express Catamaran ferry that operates two daily ferry’s in the morning and evenings to La Ceiba, Honduras with a duration of one hour each trip depending on the weather.

U.S. citizens are required to have a valid U.S. passport. Please make sure your passport is valid at least 6 MONTHS from your return travel date. Residents of all other countries should check with the Honduran Embassy/Consulate prior to leaving for specific entry requirements.

* Note: Ron and I, and many of our guests are leaving out of Atlanta. You can book your flight from any city you wish, but your flight may not be a direct flight.

You don’t need to book your activities with Palmetto Bay Plantation if you find a better deal! Island tours via independent tour operators are a big hit among visitors with local island drivers providing a narrated tour of the island from east to west stopping at any desired destination or attraction that is available or open on the tour. The island is relatively small. Explore! Ron and I were engaged on one of these tours:) Here are a few:

We are staying at Palmetto Bay Plantation and that is where our wedding will be. However, feel free to stay anywhere you’d like on the island.

What To Bring
Moneywise

While the Lempiras is Honduras’ currency, often people who travel to Roatan don’t bother to exchange their dollars because most island businesses take the dollar at the standard exchange rate.

But be sure to bring cash as well as credit cards because cards are not yet universally accepted in Roatan or the Bay Islands. Credit cards are most likely accepted at your hotel, but bring enough cash to cover your meals and activities off the hotel property during your Roatan vacation.

We have been together for over three years. Our wedding day will be on our four year anniversary:) Check out our relationship in photos!

Check out our registries!

For items that are available for purchase online OR in store, visit our registries at:

To view our FULL registry with additional items that are available for purchase ONLINE ONLY, visit our page at:

Have a question? Just wanna say hey? Email us here!

Fill out the fields below and we’ll get back to you ASAP! We look forward to spending our special day with our friends and family. Let us know if we can answer any questions to help you get there:)

© Copyright - Ron and Jessica - by JesMots